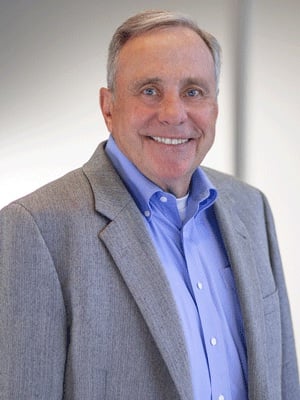 Chief Executive Officer & Chairman of the Board

Rollie served in the United States Air Force from 1969-72, where he was chief of data automation. After serving in the Air Force, Rollie returned to Anderson Trucking Service (ATS) and began managing K&W Transportation while working alongside his father, Harold, on ATS-related work. He did so until ATS sold K&W in 1994 when he fully transitioned into his current role. Rollie has served as ATS’ CEO since 2001. Prior to his military service, Rollie was helping with various tasks at ATS beginning at the age of 14.

Rollie enjoys being involved in numerous community organizations throughout central Minnesota. Outside of community involvement, he also spends much of his free time hunting, fishing and spending time with his five grandchildren.

Rollie attended the University of Minnesota, where he earned degrees in Business Administration and Math and Economics. 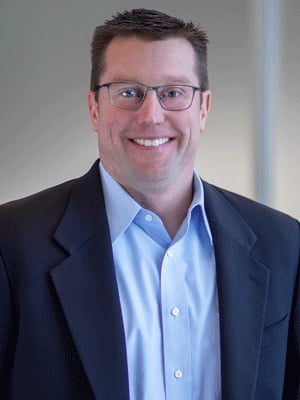 Brent began his career with ATS at a young age, washing and fixing trucks, dispatching, helping out with Road Service and earning his CDL — which he continues to use.

After earning his degree, Brent served in several positions before earning his way to his current role. Now the president of ATS, Brent is committed to setting goals and creating strategies to grow the company. His vision of growth will be driven through the use of new technologies that increase access to trucking capacity and improve the overall customer experience.

Outside of work, Brent enjoys spending time with his family and participating in recreational outdoor activities when not busy around the family farm.

Brent earned his B.S. degree in Management and Finance from Bethel University. 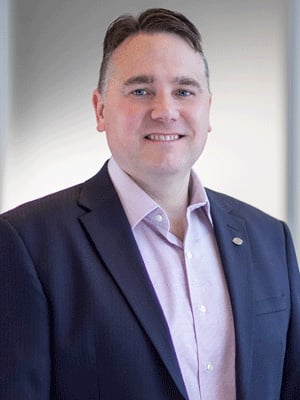 After college, Scott came to ATS to take on a role at Freightliner of St. Cloud before coming over to the corporate office to work on various teams, including Finance and Driver Recruiting. On the way to his current role, Scott also served as the vice president of safety and claims. He now oversees ATS’ corporate administration teams, Human Resources, Driver Recruiting, Driver support teams and Safety.

Prior to college, Scott was busy washing trucks and helping out wherever needed at ATS. Scott also earned his CDL, which he still maintains.

Outside of work, Scott enjoys spending time with his wife and three children, taking part in things he and his children are passionate about. He enjoys traveling to various hockey games and tournaments for his oldest son and daughter and going hunting and fishing with his younger son.

Scott earned his bachelor’s degree in Finance in 1997 and his MBA in 2003 from St. Cloud State University. 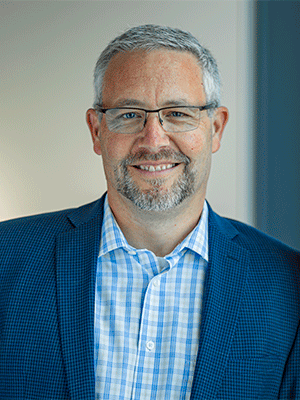 Mike’s career with ATS began in 1996, where he started as a fleet manager. After serving in multiple roles, including in customer service, planning, sales and, most recently, as vice president of operations for ATS Specialized, Mike is now the chief operating officer. In his current role, Mike engages his passion and experience to accelerate growth through innovation while sustaining excellence in the business’ performance.

Outside of work, Mike enjoys spending time in the Minnesota outdoors, including fishing and boating, snowmobiling and spending time with his wife and two children. 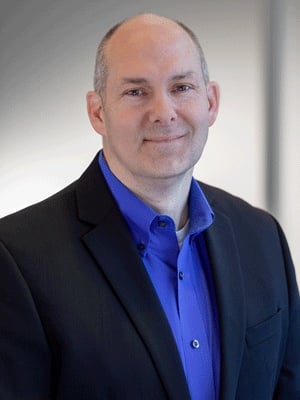 Since joining ATS in 2014, Paul has served as the chief financial officer, where he focuses on the continued growth and long-term strategic positioning of the company.

Believing in giving back, Paul also serves on the boards of the Anderson Assistance Foundation and the Greater St. Cloud Development Corporation.

Paul is passionate about coaching and mentoring and enjoys basketball, golf and spending time with his wife and four children, taking part in their various adventures.

Paul earned his degree in Business Administration and Accounting from the University of Wisconsin-Whitewater.

Julius joined ATS in 2021 to serve as the company’s first chief information officer. In this newly created role, Julius will provide leadership for the development of an information technology (IT) platform that will enhance ATS’ success by delivering value through technology and product innovation.

An IT leader for over two decades, Julius was previously CIO for two Minnesota-based companies (Mortenson Construction and APi Group) as well as a senior IT Leader in Atlantic Canada for J.D. Irving, a large, diversified, family-owned corporation.

Julius also serves on the board of Bridging Hearts, which provides quality social connections, both online and in person, for an underserved population of isolated and lonely young adults with learning differences, including autism spectrum disorder.

Helping others succeed through active IT mentoring and coaching is a key interest of Julius’. He also enjoys traveling with his wife and visiting relatives across the U.S. His most recent hobby is learning recurve archery, which he says is harder than it looks.

Julius earned his B.S. degree in Computer Science from Texas A&M University-Corpus Christi and MBA from Carlson School of Management - University of Minnesota. 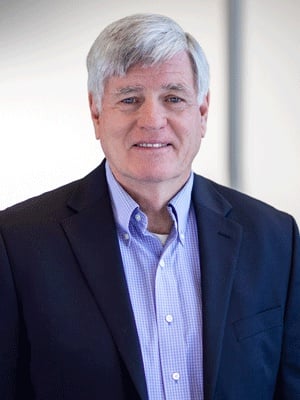 Jake began working with ATS while he was managing his own consulting firm in 1995. In 1998, after a few years of partnership, Jake began working for ATS as its chief operating officer (COO) and held that role until Brent took over in 2014. At that time, Jake assumed the role of president and held it until 2019 when Brent assumed the role. Jake currently serves on the ATS board of directors.

Prior to ATS, Jake began working with Arthur Andersen after earning his CPA. He then worked for two other transportation companies in the COO role before starting his consulting firm that led him to ATS.

Outside of work, Jake spends much of his time on the links working on his golf game.

Jake earned his B.S. degree in Business from Iowa State University in 1976. 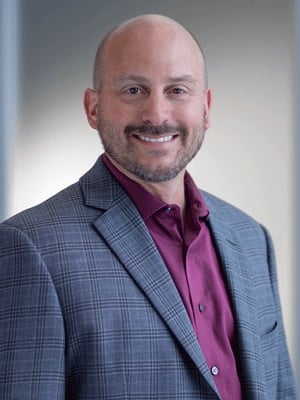 Gary has been with ATS since 1993 in various roles, beginning as a customer service representative for K&W Transportation in Alaska. In his current role, Gary oversees ATS’ Specialized division, the Corporate Flight Department, sits on the 401k Committee and acts as the CEO of ATS-subsidiary, Warren Transport.

Before coming to ATS, Gary spent a few years as a customer service representative with Carlson Companies in Plymouth, Minnesota.

Outside of work, Gary enjoys spending time with his wife and children, whether he’s hunting, fishing, watching their sporting events, traveling or all of the above.

Gary graduated from St. John’s University in Collegeville, Minnesota with a B.S. degree in Business Management. 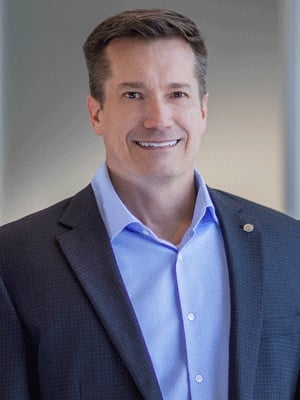 Jeff began his career with ATS in 2003, when he began as the sales and marketing director for ATS Logistics. In 2008, Jeff transitioned into his current role with ATS’ Vans division. He also serves on the board of the Anderson Assistance Foundation.

Jeff has spent his entire career in the trucking industry. However, trucking was in his blood much longer than that. Jeff’s father owned a truck stop, where he spent most of his summers doing whatever tasks his father asked of him.

Outside of work, Jeff enjoys spending time with his wife and two children. They spend as much time as they can on the water, whether they’re fishing or simply relaxing. Together, the family pursues their passion to make a difference by sponsoring missionary work benefiting children in Africa.

Jeff graduated in 1990 with a degree in Transportation and Logistics from Iowa State University. 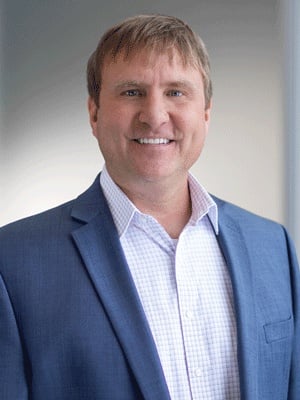 Jason joined ATS in 1996, starting out as a carrier representative on the brokerage operations team. Jason worked his way up through various roles in operations, sales and management. He has served as the general manager of ATS Logistics Services, Inc. since 2000, where he oversees a multi-divisional organization.

Prior to ATS, Jason had a variety of transportation-related jobs. He spent many years loading and unloading trailers and delivering furniture for his family’s business. He also delivered building materials for a local lumberyard throughout college.

Jason graduated with an Industrial Studies degree (emphasis in Transportation) and a minor in Business Management from St. Cloud State University.

The Latest News and Insights From Our Experts

Hear from members of ATS' leadership team and more as they discuss, educate and analyze today's transportation market.
Visit the Learning Hub