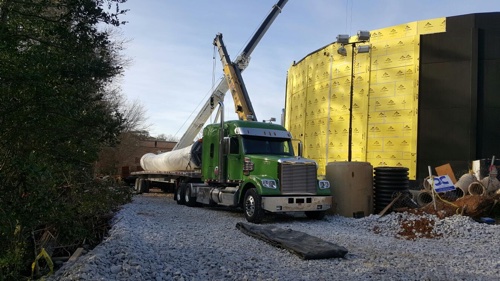 ATS was chosen to manage the transportation of a priceless national artifact, from the Atlanta Cyclorama in the historic Grant Park neighborhood to the Atlanta History Center, located on 33 acres in the heart of Atlanta, Georgia’s Buckhead district. 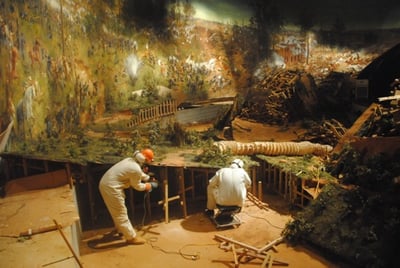 The painting, known as “Battle of Atlanta,” depicts the momentous Civil War battle, which took place on July 22, 1864, where Bell’s Confederate forces fell to Sherman’s Union troops. The victory increased northern morale and is attributed for aiding in the reelection of Abraham Lincoln. It was originally painted in 1886 and had been housed at the museum since 1921. It is one of only three original cyclorama paintings that still exist in North America. With the painting standing 42 feet tall, with a circumference of 359 feet and an estimated weight of 12,000 pounds, the move was nothing short of an engineering feat.

“I knew we needed a specialized firm to help us transport the painting,” said Jackson McQuigg, Vice President of Properties for the History Center. “The key was finding someone who was genuinely interested in the uniqueness of the project, had great equipment and had excellent Drivers accustomed to handling high value loads. I knew we would get top notch service from ATS and genuine care and concern for the painting.” 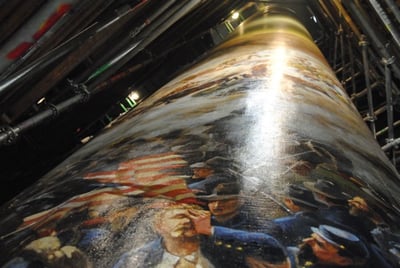 After cyclorama conservators separated the painting along two existing seams, the two segments were wrapped around two 45-foot-tall custom-built steel spools and placed in a waterproof barrier. The spools were then individually lifted through two seven foot holes cut into the building’s roof, and placed on the 2-axle flatbed
trailer for shipment. The preparation and shipment of the painting took two days. Both sections of the painting arrived safely at the Lloyd and Mary Ann Whitaker Cyclorama Building at the Atlanta History Center where it will be housed during its 75-year license agreement with the city of Atlanta.