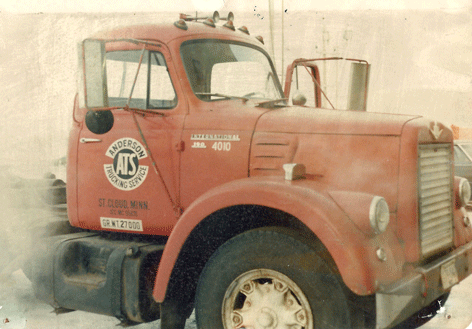 Anderson Trucking Service’s (ATS) history began during a time when the trucking industry was heavily regulated. At the time, Cold Spring Granite (now known as Coldspring) owned a private fleet. They could haul outbound stone and inbound materials used only to manufacture granite products. Their business kept growing to the point where they had more outbound goods than inbound materials, leaving them stranded with no freight to get them back home. That’s when they reached out to ATS founder Harold Anderson to manage their overflow business. ATS was then incorporated.

After some time successfully hauling Coldspring’s outbound materials, Harold found another solution to a common problem. There were roughly 15-20 monument manufacturers in the St. Cloud area who were each shipping their products separately. He proposed a solution that instead of using several different providers, these manufacturers should put their freight on the same trailer that would make multiple stops. This is an early example of less-than-truckload (LTL) shipping.

Business expanded after ATS obtained our machinery and equipment authority. We also signed four Independent Contractor Drivers, adding to the fleet that began with two Drivers.

ATS purchased our first specialized trailer, adding to a fleet that consisted of flatbed trailers only to that point.

ATS purchased K&W Transportation out of Anchorage and Fairbanks, Alaska. This allowed ATS to expand offerings outside of the continental United States, moving general commodities in Minneapolis, St. Paul and Chicago to and from Alaska. ATS sold K&W in 1994.

ATS worked with The Manitowoc Company to develop a trailer capable of hauling their crane houses. This provided ATS authority to haul outbound freight for Manitowoc. It was also part of the first stages of Heavy Haul at ATS.

ATS initiated service to and from Mexico to offer customers a trustworthy and reliable solution to get their freight across borders. 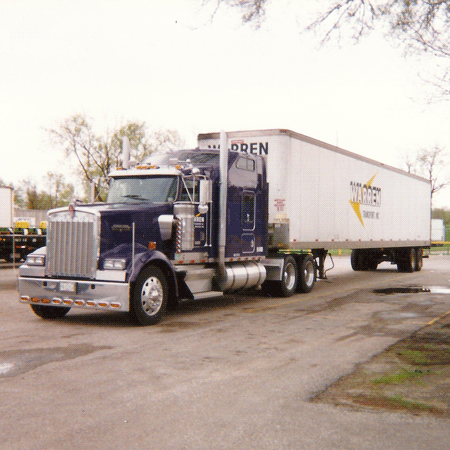 ATS founder, Harold Anderson, passed away at the age of 85.

Rollie transitioned into the role of Chief Executive Officer.

Wind energy was in its infancy in the U.S. and a major corporation was looking for a solution to haul their 60-meter towers that were 15 feet in diameter. They were also looking to move two 127-foot blades at a time. After working with a leading trailer manufacturer, ATS introduced an altered version of the Schnabel trailer being used in Europe. It was important to get the total height of the load below 16 feet in order to fit under bridges. 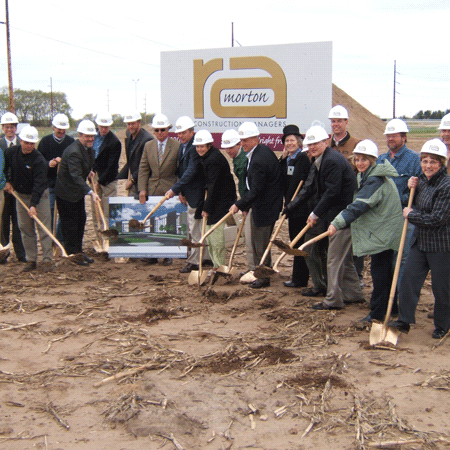 ATS celebrated 50 years of business by breaking ground on our new corporate headquarters just off Interstate 94 in the southeast end of St. Cloud, Minnesota.

ATS acquired Q-Line out of Saskatoon, Saskatchewan, to expand Canadian offerings and add to our existing customer base.