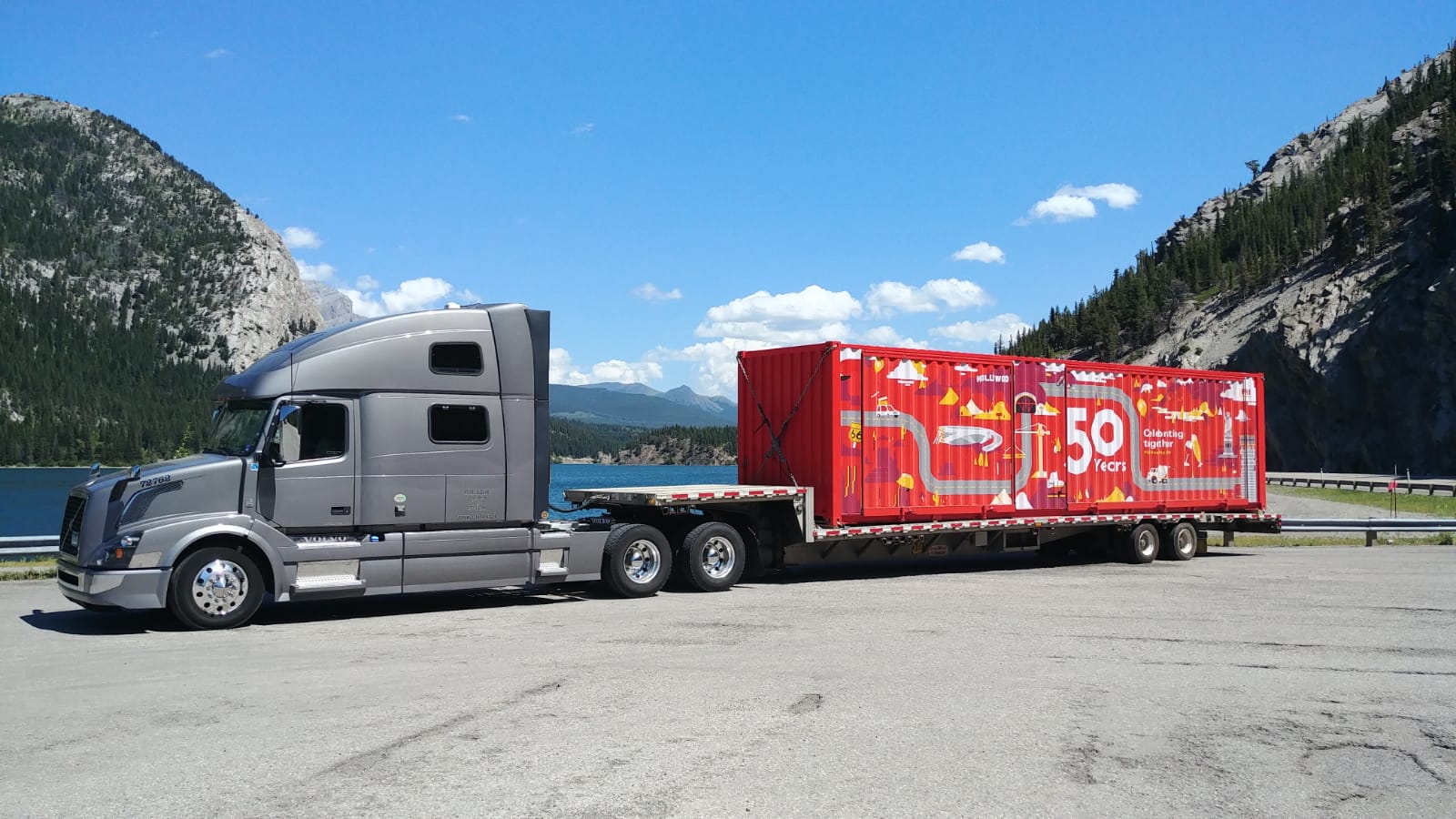 Founded in 1969, PERI is one of the world’s largest manufacturers of formwork and scaffolding. Along with their parent plant and headquarters in Weissenhorn, Germany, PERI has more than 70 subsidiaries and more than 160 logistics centers around the world and employs over 9,500 people. After 50 years in business, they wanted to celebrate their major milestone in style.

Instead of hosting a party for all of its employees in one location, PERI decided to bring the party to its people, including nine stops in the U.S. and Canada. To accomplish this goal, PERI needed a transportation partner to help get a special
shipping container to each of those nine locations. What made the shipping container special was the fact that, once opened up, it happened to be a music stage and a bar. 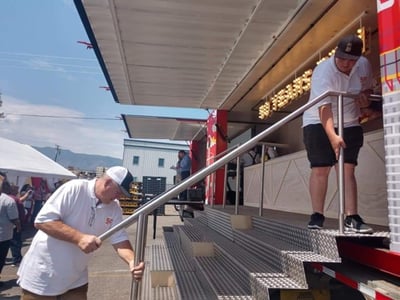 “It was that kind of a routine every stop,” said ATS Specialized Driver, Steve F.
Steve and his wife, Nancy, were excited to help on this trip because it was something they’ve never done before. It didn’t take long for them to fit right in with another family-owned company.

“They included the word family in every speech, which meant a lot because it’s one of the reasons we came to ATS, because it was a family-owned business,” Nancy said. “Family means a lot to us.” 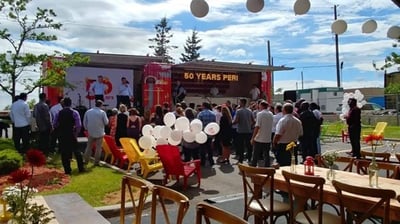 “It reminded us a lot about Anderson,” Steve said.

The duo was called upon for several reasons. One of those reasons is because it was necessary to have team Drivers for stretches of the trip. The Drivers also needed experience crossing borders and relationships to ensure border crossings went smoothly. The two have also had a long history with ATS and the company suspected they would represent ATS well. It turns out they were right.

“We always try to give 100 percent when we do a job, when we’re meeting people and we’re representing not just our business, but the industry and ATS as well,” Nancy said.

Nancy and Steve, in their words, went with the mindset that they were more than Truck Drivers, instead ensuring their customers were accommodated properly. One example was during the California leg of the trip. PERI’s stage needed to
get out of the parking lot they just wrapped up their Los Angeles branch’s party in, but it couldn’t arrive at its next stop yet either. Steve and Nancy knew they were only a few miles from ATS’ Fontana yard, so they made the necessary calls and found a safe location until they could transport the container to the next stop on the tour.
Simple things like that added up and left a meaningful impact on the PERI family. So much of an impact that Steve and Nancy were invited, all expenses paid, to celebrate with PERI at their headlining party back home in Germany.

“I think we were more accommodating than they thought we would be,” Nancy said. “Little problems would rise up and we would come up with solutions to make sure their events would go off without a hitch.”

According to Steve and Nancy, they were treated like royalty in Germany. From special tours of the PERI facilities to a rental car to test out on the Autobahn, the respect they provided the folks at PERI while in the U.S. was returned right back to them in Germany, including being brought up on stage at the party attended by 1,750 PERI employees.