The Real Heart of ATS - Kevin B.

Dawain was driving for a competitor with his trusty companion Brutus in April when something didn’t seem right. After spending the night in his truck experiencing extreme pain, Dawain called an ambulance and his wife Robin called Kevin on his way to the hospital with a special request. 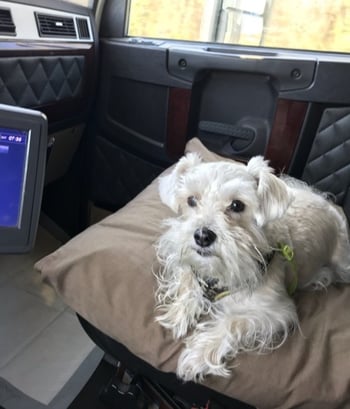 “Dawain’s wife Robin called me, told me he was on his way to the hospital via ambulance,” Kevin said. “He left his truck running at the truck stop, with their dog, Brutus, inside. He had food and water, but Dawain had no idea how long it was going to be before he got back. Robin didn’t know what to do. I told her to worry about
Dawain, and I’d take care of the dog.

“The first thing I did was go on Google and there was a vet clinic seven miles down the road, the Sweetwater Veterinary Clinic. I called these people at the vet hospital, Sherri answered the phone, and I explained the situation. We’ve got a dog in this truck, the truck is running, and it seems like Dawain is going to be in the hospital for a few days. Can you get me a phone number for someone that can help us get this dog, and secure the truck?” 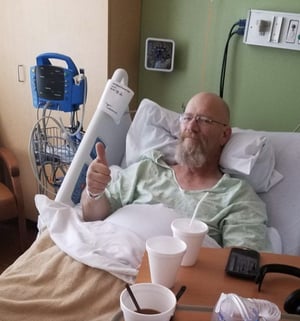 “Sherri put me on hold for about a minute, comes back on the line, and says, ‘Don’t worry Kevin, we’ll get this taken care of. I’m on my way to go get him.’ Sherri got in her car, and drove to the truck stop, called me back, and I talked her through shutting down the truck, getting Brutus and his food, and locking up the truck.”

Dawain was admitted to the hospital with acute appendicitis, but thanks to a great surgical team they got it out in time. The staff at the Sweetwater Veterinary clinic kept Brutus until Dawain was discharged from the hospital. Sherri takes no special credit for her actions that day.