As a Veteran-owned company, ATS knows the sacrifices made that give us the freedoms we have today. As a way to thank those that have served or are still serving, CEO Rollie Anderson hosted Veterans that now call ATS their career home for a special breakfast on November 6, 2018 — now an annual tradition.

“It’s definitely not a celebration, it’s an appreciation for all of the Veterans that have served,” Rollie said.

The morning began with a few words from Rollie before participants took part in the Pledge of Allegiance. He also listed off the five branches of the military and asked those who served in that particular branch to stand for recognition. Rollie then touched on his family’s rich military history before saying a prayer that preceded
breakfast. 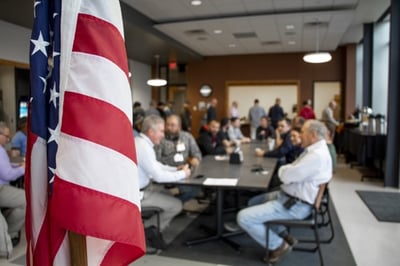 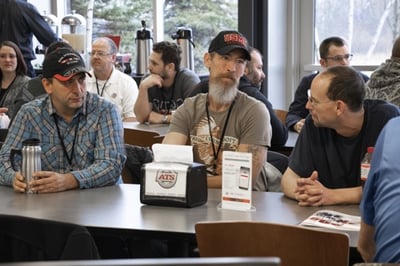 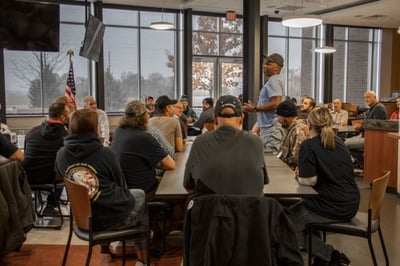 Following breakfast, a few attendees told their military story, led off by Rollie and his time in the Air Force.

“When it was all said and done, I had a very deep appreciation for the men and women that served, for the love of our country and the pride of just plain being an American,” Rollie said.

While November’s event was a way to directly thank ATS Veterans for their service, Anderson didn’t want to forget those who are no longer with us.

“I pray that we will always remember those that have come before us that have granted us the liberty that we enjoy and our families will enjoy into the future,” Rollie said.