Detention Pay: What is it and How Can You Avoid Paying It?

Whether it’s the time you spent sitting in a silent classroom after school for doing something wrong or the extra charge you saw on your freight shipping bill, the word detention probably leaves a bad taste in your mouth.

But we’re not addressing what you did in high school to deserve punishment today. Instead, we’re breaking down that darn fee that might show up when it’s time to pay your bill.

After nearly seven decades in the transportation industry, we’ve divvied out a fair share of detention fees — as much as we don’t like to (seriously, we don’t like to) — so we know what it’s all about.

In this article, we’ll break down exactly what detention fees are, why you’re getting charged for them and what you can do to avoid them in the future.

What is Detention Pay for Truck Drivers?

Detention is charged when a truck driver arrives at a location and ends up waiting to be loaded or unloaded. In most cases, carriers allow for some “free hours” per driver, but they will charge you an hourly rate after that time allotment is up.

Drivers get paid by moving and delivering loads, not by sitting on them. Detention exists to help compensate them for lost time — and, therefore, money. And because drivers have strict limitations on the number of hours they can work in a day, the time is literally lost for them. They can’t “work extra” to make up for it.

Carriers Like Charging Detention So They Can Make More Money, Right?

It’s understandable for you to think carriers like charging detention. After all, we’re all in the business of making money. But trust me when I say there are many other ways we’d prefer to make money instead of charging detention.

Why? It all comes down to keeping truck drivers (and sometimes pilot car drivers) happy. As mentioned earlier, drivers make money when they’re driving. So if they’re sitting on a site waiting, their earnings go down. How many of us would be happy with that?

Detention helps to supplement a driver's earnings when their wheels aren’t turning. But it’s not like winning the lottery. Often, it doesn’t make up for what they would have made by loading or delivering as originally scheduled.  They may still lose money — even with detention — but it’s not as painful as it would be without it.

That’s why it makes complete sense that delays reduce the morale of truck and escort drivers, especially if they’re extended for weeks (yes, that does happen). We’ve had drivers refuse loads or drop off of projects because of extended delay or detention risk. That means your carrier has to find another driver to accept the load or backfill — hopefully in time to avoid any further impact on your schedule.

There could be factors outside of your control that lead to detention, like delayed production or unexpected weather affecting the ability to load or offload. But, as a project site developer, there are other factors you can control to reduce the risk of truck driver detention. 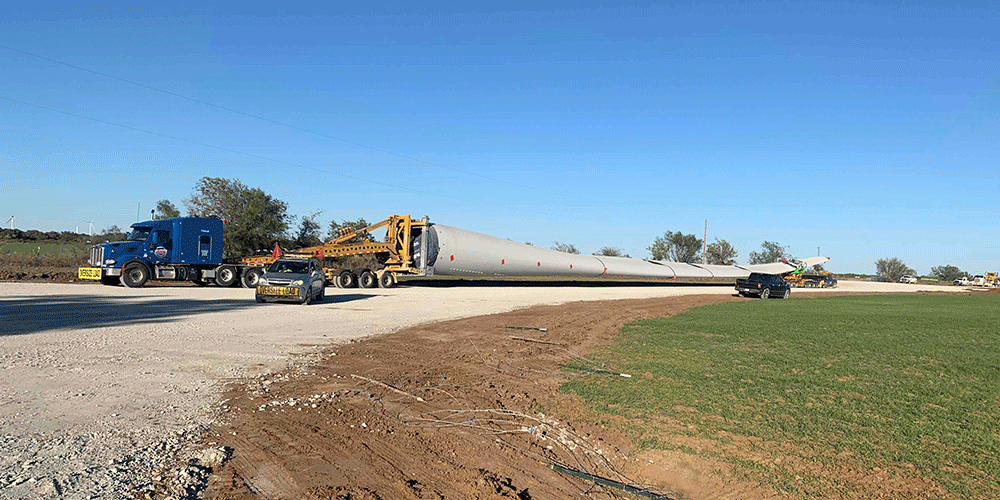 It could be that a road was not built to withstand the substantial traffic it encounters once the project begins. Or one heavy(ish) rainfall hits one day and washes the road out. Whatever it is, those types of infrastructure issues can lead to significant delays — and detention incurred — that can escalate in a hurry.

While infrastructure plays the biggest role, other factors within your control include determining a realistic and feasible delivery schedule, as well as clear and consistent communication.

For example, a project that is facing several remarkable challenges may be better off reducing equipment and deliveries to mitigate the detention impact to the project. And failing to communicate a foreseen issue can also lead to frustration and more delays that have people (and trucks) standing by.

Why You Should Avoid Driver Detention

Simply put, driver detention costs you. It costs you money. It costs you time. And it potentially costs you relationships with original equipment manufacturers (OEMs) and drivers. It also increases the risk of a safety violation.

On the low end, detention fees can run you upwards of $100 an hour. But depending on the freight complexity and type of equipment being utilized, it could cost you much more. The more specialized the transport, the more it’ll cost you. Several hours, days and even weeks can add up fast and blow your project’s budget out of the water.

Plus, depending on the duration of the delay, you may have to maneuver or bring in extra equipment — such as cranes for loading or offloading — at the shipper or onsite to accommodate the backlog of trucks. The costs of moving or adding this equipment can build up quickly too, especially if you still have to move it back to where it was in the first place. 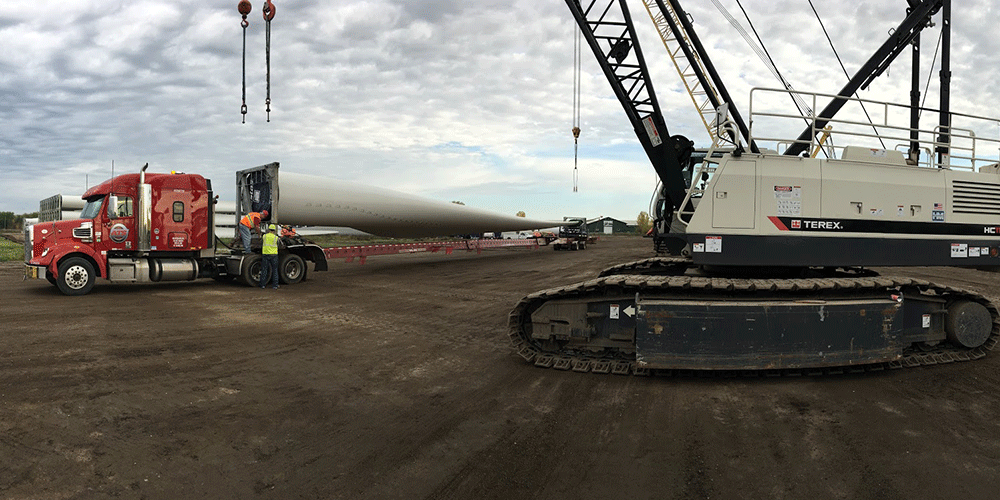 Even a short-term delay in loading or offloading a truck can have a domino effect on a project. It can reach a point where work on the project site can’t go on. If, for example, a road gets fixed in a matter of hours, you could get lucky, but it could take much longer than that depending on the unique circumstances of your project and location.

And like any type of work with a deadline, as soon as work can begin again everyone is racing to catch up. That tends to lead to bottlenecks that can slow things down once again, which ruins the sequencing you planned for in the first place.

In extreme cases, if your existing project gets delayed enough it could postpone the start of your next project because the trucks, cranes, other equipment and crews are still stuck at your current site. Yes, we’ve experienced that before, so it’s not out of the question that it could happen again.

Another factor to consider when it comes to time (especially right now) is finishing your project before the hard commissioning date to receive the Production Tax Credit (PTC). If your detention time adds up, that could be the reason you miss out on “free money.”

Even if you don’t directly foot the bill for detention, it shouldn’t be out of sight, out of mind. It’s important to consider what the ramifications of detention are and what it may mean for relationships across the industry.

Improving site infrastructure is within a developer’s control and would save money and time in the long run.

Whether anyone wants to talk about it or not, gambling on poor site infrastructure to support deliveries, more often than not, results in hundreds of thousands — and up to millions — of dollars in added project cost.

Mitigating detention is in the best interest of you, your suppliers and your transportation providers. At the end of the day, we’re all trying to be successful. In an industry that has seen a lot of consolidation and is reliant on suppliers with finite resources, it’s becoming even more critical to protect the players and the relationships — from the developer to the truck driver.

Another side-effect of playing catch-up is the risk of safety infractions when everyone is rushing to get back on schedule. The truck driver may forget to do that necessary pre-check or the crane operator may not see something that they normally would if they took their time. The risks only rise when the delays pile on.

How to Avoid Truck Driver Detention

As mentioned earlier, some things are out of your control that can lead to detention fees. But to make those less impactful, there are a few things you can control to reduce the risk of detention.

As you look to find ways to cut costs on your project’s budget, avoid cutting costs with site development. Since we began handling transportation for wind farm projects nearly 20 years ago, the amount of driver detention claims has increased by 42 percent.

The biggest culprit in that is the amount of time our drivers are sitting because a roadway was impassable for one reason or another. Designing your infrastructure to withstand the elements — like weather and regular wear and tear — will make a huge difference in reducing the odds of paying driver detention.

When planning the project schedule, do your best to create a schedule that utilizes equipment in the most efficient way possible. If you can avoid having too many trucks onsite at the same time, you’ll have less of a chance that trucks are sitting and waiting.

You must provide clear communication and do it often. This helps ensure your project flows smoothly and you have everyone where you need them when you need them there. If you anticipate an issue arising, let the necessary parties know and reschedule equipment ahead of time so they’re not stuck waiting onsite.

Why You Should Avoid Paying Detention Fees

Beyond the financial impact, avoiding detention time is a great way to keep all parties happy. Nobody likes to wait — and they certainly don’t want to pay extra to wait.

While some things that are out of your control can lead to detention charges, you can lower the risk of sitting by:

All of us that make up the clean energy industry has a responsibility to keep it going strong. By avoiding unnecessary delays and surcharges, people will be happier and morale will be higher. One of the easiest charges to avoid is detention as long as you make the right choices along the way. 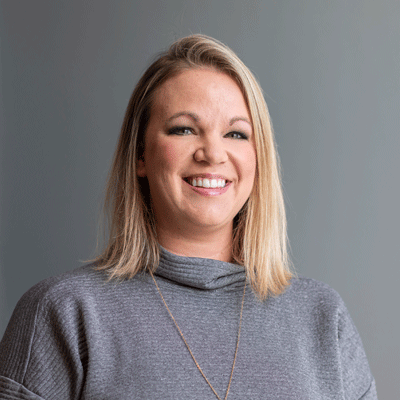 Cassandra is a pricing analyst supervisor with ATS, where she manages corporate and project pricing — specifically completing bids and securing projects within the wind industry. She also helps build pricing tools and systems to help with other departments’ proposals and requests for quotes. Cassandra joined ATS in 2008 and has served in various roles, including permits coordinator, pricing assistant, documentation specialist and project manager.