Whether or not you, as a shipper, move goods that have changing demand depending on the season, you are affected by those that do. Before getting into the why, let’s define seasonality and talk through a few common examples.

In pretty basic terms, seasonality in shipping essentially means certain products have certain peak seasons depending on the time of year. While many products are impacted by freight seasons, there are a few key areas that are consistent year in and year out:

How Does Seasonality Impact Me?

Whether or not you ship products in the markets listed above, you are certainly impacted. That’s because load volumes skyrocket in the areas with the increased seasonal demand, which leads to inflated freight rates and limits capacity where you are, depending on the season and industry you serve. That being said, the impact on you could be good or bad, depending on your needs. 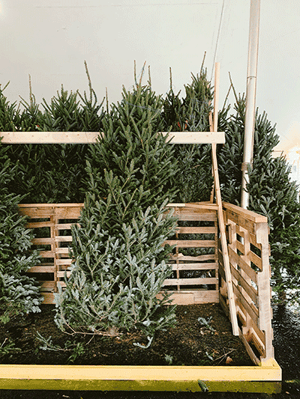 For example, let’s say you’re a shipper in the Pacific Northwest. During Christmas tree season, you’ll be contending with all of your usual shipping competitors, plus those who are shipping trees. That will almost certainly lead to increased cost for your outgoing freight.

However, you may catch a break with incoming freight. That’s because truck drivers want to be there for the increased outgoing rates — and a low rate coming in is better than no rate for them.

Whether or not you’re in the area impacted by the season, you’ll still feel the ripple effects because trucks will be flocking to the areas where the demand — and, therefore, the increased rates — is.

While each industry’s impact is slightly different, the overall impact on your will very much be the same.

How to Overcome Freight Seasonality Challenges

While there’s not much you can do about the seasonality demand, there are things you can do to get more cost control.

The first, and generally most straightforward, way to overcome the impacts of freight seasonality is planning ahead. Like the examples listed above, most markets’ peak seasons — global pandemic aside — come at the same time every year.

If you prepare ahead of time — and communicate those plans with your shipping partner — you can hopefully solidify rates ahead of time. Lack of planning could lead to costs that go way beyond your planned shipping budget, eating into your margins. For example, finding a truck for same-day shipping out of a produce market during peak produce season is quite difficult, although possible, so you’ll pay a premium for it.

Another option that could come in handy if you’re a shipper who moves freight multiple times a day is creating a contract with your shipping partner. That’s a great way to get more consistent rates throughout the year, no matter what peak seasons you deal with.

Finally, if you don’t already have a great, trusting relationship with your transportation partner, it might be worth finding one you can trust. After all, if you have a quality shipping partner, they’ll probably help you with both of the solutions above before they become a problem for you.

A good partner will call you ahead of time to remind you that you’re in a hot area during the time of the year that’s approaching and come up with a plan to help you compete. That way, they know what to expect and you’ll get peace of mind knowing your freight is covered. 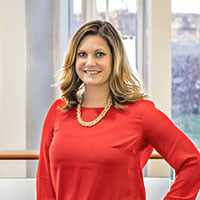 Crystal is a sales director in ATS Logistics, where she develops business plans and strategies, among other things, to promote the continued success and growth of ATS Logistics. Since coming to ATS in 2012, Crystal has served in several positions, including Regional Carrier Representative and National Sales Representative, before earning her way to director.