How Does Winter Weather Impact The Trucking Industry?

Have you ever seen a face that you simply couldn’t place? A face with eyes you know, a familiar smile and an outcropping of hair that lands in a way you recognize?

It’s on the tip of your tongue. . . but for some reason, you just can’t seem to place it.

This can be awkward. Especially if the owner of that face recognizes yours. Ooof.

No one likes this feeling; the anxious internal churning of just-can’t-seem-to-place-it familiarity.

If only you could predict when these instances would occur. That way you could plan for it. Be more prepared.

This is exactly what happens year after year, to the transportation industry during the winter months. You see, beginning in late November and proceeding through the end of April, things change quite rapidly — especially in northern states.

The industry that we work in all the time, the industry we’re intimately familiar with, sees a shift during the coldest months of the year — becoming more unrecognizable by the day.

Eventually, the rates that would get the job done during the balmy days of June and July don’t cut it in a December climate. For less experienced companies, who don’t understand why this is the case or how to avoid unnecessary price hikes, it can be a cold, dark winter indeed.

Here at ATS, we have a firm handle on what to expect during winter in this industry. And even though the transportation landscape might not seem recognizable compared to what it was in months prior, below the surface, it’s not actually that different.

In this article, we’ll tell you everything you should know about this industry during our nation’s coldest months. This way, you won’t feel overwhelmed should a freight rate come back higher than usual or if an unexpected delay impacts your timelines. 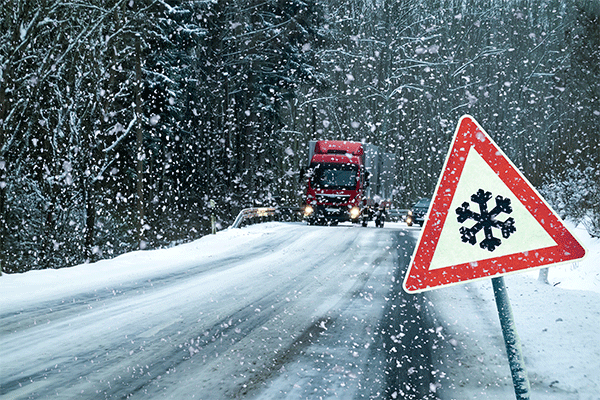 What Happens to The Trucking Industry During Winter?

Throughout the winter months, this industry experiences a shift in many respects. That said, depending on your latitudinal location, climate and overall elevation, your business may not actually feel the impact of this change.

Shippers sending retail freight from Albuquerque, New Mexico to customers around the South-Southwest, for example, will likely see business continue as usual.

This area of the United States doesn’t experience the same level of disruption as other portions of our nation once winter settles in. Northern states like Minnesota, North Dakota, New York and Michigan — to name a few — have an entirely different reality.

And, even though businesses in these locations know it’s coming, there’s no avoiding the crippling effect winter weather can have on northern supply chains.

The four largest reasons winter makes it difficult to ship freight — particularly in to, out of and around, Northern states — are:

Let’s talk about each of them.

1. The Overall Lack of Sunlight

As we edge closer to December 21 — the winter solstice — the days shorten, taking with them the sunlight needed for many of the trucking industry’s most essential functions.

In fact, the widest-reaching indicator that the seasons have changed — aside from that new picture on your office calendar — is the total sunlight hours we’re given in a day. 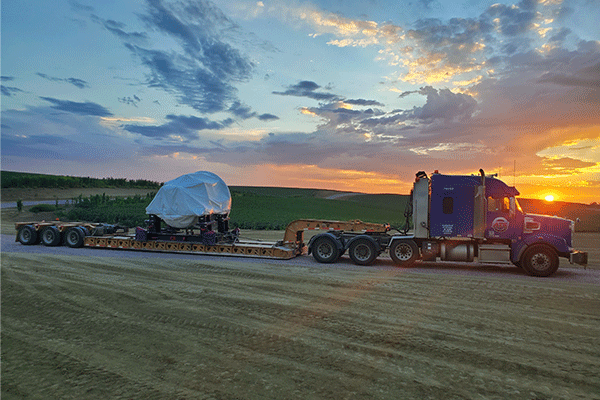 That said, there are two essential ways that less sunlight could impact your supply chain.

1. Truckers can’t drive quite as far

Less sunlight, and therefore visibility, will force truckers — who only make money while they haul freight — to travel with a bit more caution during these periods. In turn, the loads behind these carriers simply won’t be able to move as expeditiously as other months of the year would allow.

Truck drivers, as a profession, are only legally allowed to haul freight for 11 hours within a 24-hour period. And, naturally, if more of these hours are spent in the dark — decreasing their speed — truckers will get less productivity from them.

As such, you should expect your timeframes to slow down a few ticks as transportation providers adjust to their new reality. Plan for wider transit windows this winter as the days progressively shorten. Doing so will help you meet deadlines and avoid frustration when things don’t go as smoothly as in months prior.

If you’re a company that frequently moves over-dimensional (OD) or overweight freight, you know that these shipments can’t legally be moved when the sun isn’t up.

If you didn’t know this, here’s your warning. Although oversized regulations vary from each state to the next, the vast majority of them limit OD freight movement to daylight hours.

Without understanding this, you might find yourself in a pickle, watching your timelines shift due to a lack of understanding and preparation. As winter arrives, expect the movement of your over-dimensional freight to slow down due, in large part, to a lack of sunlight nationwide.

If you’ve ever been up north between November and April you understand where this section is going. Winter is downright freezing in major sections of our country for months at a time.

In the heart of Minnesota, for example, it’s not uncommon for residents to wake up to temperatures well below -10 degrees Fahrenheit. While these temperatures make it difficult to crawl out of bed to snooze an 8 a.m. alarm or drive to work, they’re even more disruptive for truck drivers.

You see, when temperatures dip into the -10 to -30 degree range, semi-tractors struggle to start. These massive machines aren’t built to haul thousands of pounds of freight under these conditions and getting them to do so can be difficult.

As a result, trucking companies and their drivers find it increasingly challenging to get the most from their allotted hours of service (HOS) as the temperature drops. Because of the heightened potential for mechanical issues and wasted HOS that these conditions bring, truckers can be hesitant to run lanes in these regions.

In turn, the price of moving freight into and around the northern portions of our nation will rise as winter sets in. It’s important that you plan for this adjustment. And, should the situation arise, don’t be surprised to see your freight rates increase this winter.

Although temperature swings in southern states won’t impact your shipment prices as substantially, they will in northern areas.

Protect-from-freeze reefer freight and tarping open-deck loads will cost a pretty penny going up north as achieving these ends becomes far more difficult. Be sure to plan accordingly. 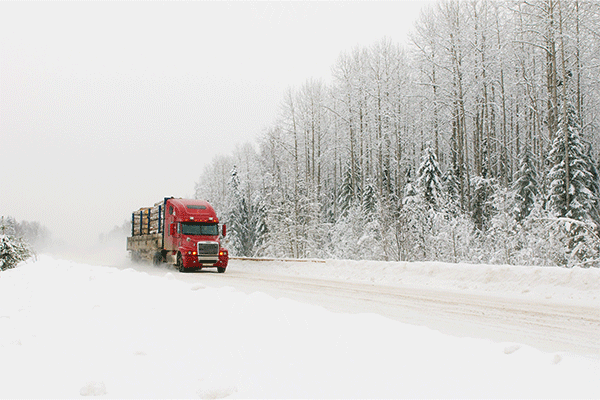 Throughout many portions of our country, and the world, winter has become synonymous with blizzards, harsh winds and parking lots full of snow. Sure, there are certain regions of the United States where winter isn’t accompanied by any of these.

But in locations like the upper-Midwest, Northeast and Northwest, winter weather can be brutal. Not to mention, unpredictable.

For this reason, the transportation of your cargoes in these areas will likely experience delays and failures during the winter months. Try as they might, transportation providers are helpless against a quick-onset snowstorm or a bout of extreme wind.

When extreme weather pops up, truckers have no choice but to wait out each storm. This makes it far harder for carriers to make the most of their HOS and, in turn, deters many truckers from carrying loads into these areas.

Additionally, if you send open-deck shipments that need to be tarped, harsh weather can increase the cost of this service. Unless you have a sheltered area for truckers to throw their tarps or are willing to help them do so, you’ll pay a bit more for this convenience.

As such, should you need transportation services for freight shipments into northern states this winter, expect your freight rates to rise for one reason or another.

4. The Challenging and Unsafe Driving Conditions

Our final point is perhaps the most important of all. In the parts of our country that experience winter’s full effects, the safety of all drivers — truckers included — is at a heightened risk.

To keep themselves and the motoring public safe during winter, truck drivers need to drive slow and take precautions wherever possible. As such, plan for your shipments to travel unhurried through these regions. Don’t be surprised if a load arrives a little late and make sure to continually communicate in-transit updates to consignees.

Working with a provider that offers load-tracking capabilities will help you where this is concerned.

Once again, these winter road conditions spark a decent level of hesitancy from carriers around the United States. Arranging transportation for your load into areas with poor driving conditions — especially in mountainous regions — will cost far more than it did in other months of the year. 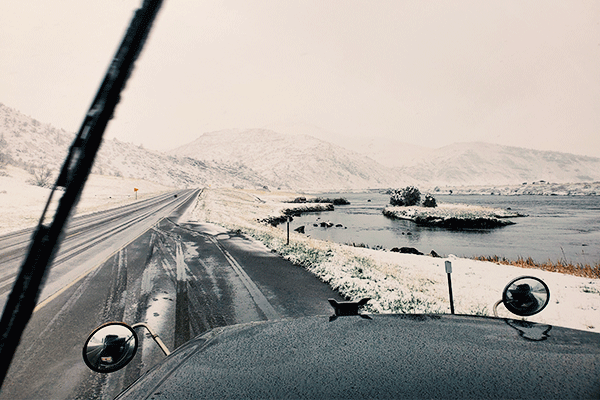 How Can You Avoid Mishaps This Winter?

Now that you understand the four largest ways that winter weather impacts the trucking industry and how difficult this can become without proper planning, let’s talk about how to plan for these complexities.

Sure, you could put your head down, bundle up, carry on as normal and hope for the best. That would certainly be the easiest way to proceed. I’m willing to bet, though, that the easiest way out isn’t what you’re looking for.

If you’re hoping to attack this winter head-on and cement your company among the best suppliers in the business, try out these five tactics instead.

Here at ATS, we have a well-rounded history of navigating the trucking industry during winter. If you’re looking for a helping hand, a guide on your journey toward transportation perfection this winter, don’t hesitate to reach out. We’re happy to help your company meet the goals you’ve set, no matter how lofty they may be. 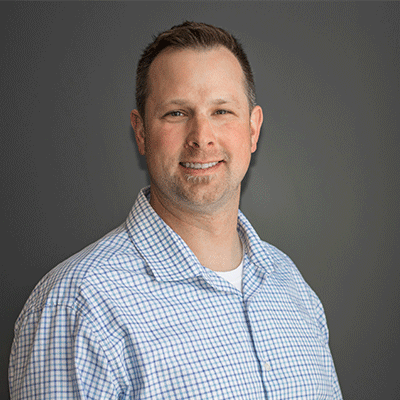