If you've ever received an itemized quote from your transportation provider, you've probably come across a few surcharges you've never heard of. Like any trade, there are a lot of industry-specific terms thrown around in transportation — some you may know and some you may not.

After more than 65 years of serving the transportation industry, we find it valuable to provide as much information as possible to our customers so they're better educated the next time something pops up.

That includes things like what you're about to see in this article. We’ll define many of the common accessorial charges in the trucking industry and tell you the best ways to avoid finding them on your next invoice.

Below is a list of accessorial charges, what they mean and how much you’ll likely pay for them (note: the charges are general approximations across the industry. Your transportation provider may charge you more or less, depending on the situation):

This might be the most common charge we have to use. It comes up when a shipper orders a truck, but for one reason or another, doesn’t end up using the truck that was ordered. That could be any reason from not ordering the correct equipment to not needing the truck at all anymore. The charge could be greater than the range listed above if it’s for a specialized trailer.

Related: What is a Truck Order Not Used (TONU) Fee?

Truck drivers get paid by the mile, so if they’re sitting, they’re not making any money and burning their hours-of-service. Detention allows the drivers to be compensated for the time they lost.

Industry-standard is giving shippers two hours before beginning to charge detention. The cost will vary depending on how long the driver sits and what type of equipment they’re using.

This is like detention, however, this tends to be more of a flat charge, as opposed to hourly. Like detention, this happens when the shipper isn’t prepared for the driver at the determined time.

Where it differs is that the shipper won’t be ready for the driver for an extended period of time, like a day or two. In that case, the driver doesn’t need to wait on-site and can come back at a future specified time.

Charges can vary based on what equipment the driver is using, which is why this category has such a wide range when it comes to cost.

Related: What is a Layover Fee in Trucking? 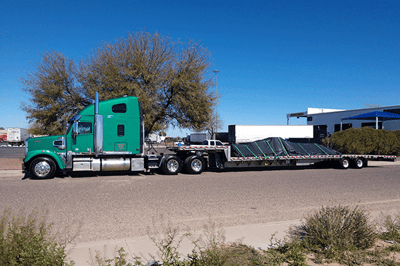 If your goods are moving on an open-deck trailer and need protection from the elements, tarping services can be provided for an additional fee. Tarps are heavy pieces of equipment and take time and effort from the drivers, so, like detention, this charge provides compensation during a time they typically wouldn't be earning.

The size of the commodity, the weather the driver has to tarp in and other factors weigh into the cost of the tarp charge.

Related: Tarping 101 What You Need to Know When Arranging Tarps For Your Freight

If your cargo is bigger than "legal" dimensions — which can vary between states and provinces, but generally has a threshold of 8 feet, 6 inches wide, 8 feet, 6 inches tall, 53 feet long and 80,000 pounds gross weight — you'll see an OD cargo charge.

This charge covers the expense of acquiring permits, including the staffing it takes to do so properly, and the premium charge of driver expertise that goes along with transporting OD cargo. The cost will vary based on how big the load is, how far it needs to travel and through which states and provinces, among other factors.

This charge applies when the destination point changes after the freight is already in transit, whether a new delivery destination is preferred or the incorrect address was provided.

The total cost can vary significantly based on how far away the new delivery destination is from the old one. For example, if the new location is just down the road, the charge will likely be minimal. However, if it's several states away, you can expect to be charged more.

Also note, this charge only applies for incorrect address reasons when the transportation provider is given the wrong address. If the fault lies on the carrier or broker, you should not see this charge.

A stop charge may also apply if the truck arrives at a destination and the driver is asked to go somewhere else.

Hazmat charges apply when — you guessed it — hazardous materials need to be moved. Because the driver and equipment must meet special requirements set by the Department of Transportation, it costs the carrier more to move that particular load. Beyond that, not all carriers have the credentials to move hazmat loads, which limits available capacity and inflates shipping costs.

Like virtually all these surcharges, this is usually built into the quote if it’s brought up right away, but the extra charge may apply if the hazmat requirements aren’t known right away.

This applies when the customer requires cargo insurance that covers more than the industry-standard $100,000 worth of cargo coverage. Again, that’s usually built into the cost if it’s known upfront, but can be extra if not.

Many high-value commodities may require excess cargo insurance. Rates can vary greatly based on what the commodity is, the number of miles it needs to go and in which lanes, along with the value of the cargo.

Tanker endorsement is yet another charge you shouldn’t see outside of the original quote if communicated upfront. This appears when hauling liquids in large volumes in dry van trailers. 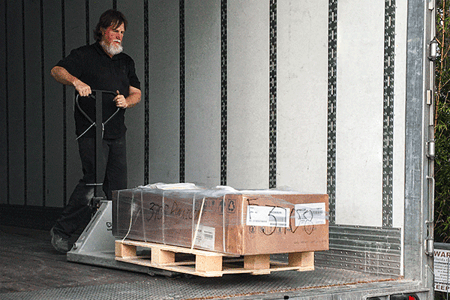 This category encompasses several types of equipment, including excess straps in a van trailer and edge protectors on open deck trailers — both of which are common to have, but generally in limited amounts.

In the case of straps and edge protectors, it’s best to communicate how many you’ll need upfront to avoid any issues. Special equipment can also include blankets or pad wrap, dunnage, load bars, decking and pallet jacks.

Also known as tailgating, this charge may show up if a driver is asked to help offload cargo (it’s very rare for a driver to be asked to help load cargo, but if that’s the case, this would apply too). Charges will vary depending on how they’re being asked to help unload. For example, asking a driver to bring a pallet jack to the back of the trailer, versus asking them to unload by hand and bring it inside the building.

The chances of seeing a lumper charge are much higher in the food industry. Lumper services are third-party unloading services paid above and beyond the cost of transporting the load. Unlike virtually all the other surcharges on this list, this likely won’t be included in your quote upfront because the cost varies based on which lumper service provider is used.

The service used generally isn’t known until it has already been paid for onsite by the consignee and is a pass-through charge, meaning your transportation provider will charge you exactly what they are charged with no “service fee.”

How to Avoid Paying Extra for Accessorial Fees

Accessorial charges are part of the transportation industry and aren’t going anywhere. But you don’t have to keep paying extra for these fees if you plan properly.

One thing you might have picked up on is some of these charges only exist to be used after the fact. For example, you’re likely not going to plan ahead to have detention or layover. However, in the case of most of these, the easiest way to avoid paying extra is by communicating clearly ahead of time.

The costs we included beside each specific charge are based on what you’re likely to pay if charged after the fact. If you bring them up right away when requesting a quote, it will likely cost you less because the transportation provider has more time to plan for the special requirements.

If the carrier or broker gets surprised by the requirements when they show up expecting something else, it will cost you more because it costs them more. They have to scramble to find a truck that meets those special requirements, which may not be in your area.

So when you’re planning out your next several loads or your upcoming project, advanced planning and clear communication can, and will, save you money. Provide as many details as possible to your transportation provider upfront and there’s a good chance you’ll never see these charges on your final bills. 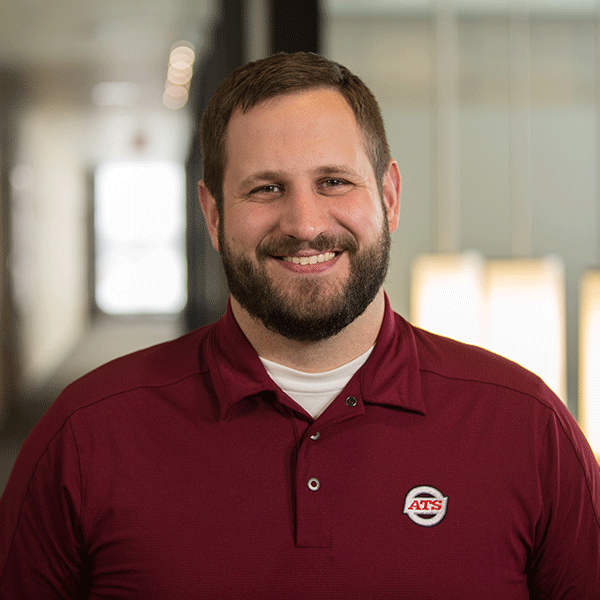 Mike started with ATS in 2011 and was onboarded as a carrier representative covering loads. A year later, he transitioned into sales, and in 2015 he moved into management. Mike has a passion for helping customers and employees by finding unique solutions to their problems.