Retail Peak Season 2022: What to Expect and Planning Tips

Retail freight never stops moving. Consumer goods (the end products sold to customers) never really fall out of demand. Instead, recent history has shown an uptrend in consumer spending in our nation.

In Q2 of 2022, U.S. consumer spending rose to $14,099.40 billion — a .05 percent increase from Q1. This came as something of a surprise since supply chain congestion and price inflation also rose over this period.

Anyone that’s familiar with the retail industry, however, understands the impact technology has made on this space. At the touch of a button, consumers across the world can place orders at their favorite retail locations, shrinking inventories faster than these corporations can replenish them.

That said, every fall, retail companies enter their “peak” season. At this time, consumer spending tends to increase as the holidays approach. Retail peak can be a tricky time for people in your role.

So, to ensure you have the right expectations for what this period will mean for your business, you’re here wondering what retail peak will look like this year from a transportation perspective.

Anderson Trucking Service (ATS) has a large fleet of dry van trailers. Every retail peak season, a portion of this fleet is dedicated to running lanes for large retailers to ensure these products get where they’re needed.

This year, we expect the retail industry’s peak time to be unique (like last year) due to the state of our nation and the world. In this article, we’ll explain which forces are at play this year (making things more difficult) and what you can do to keep your shipments running smoothly. Stick around because, at the end, we’ve also included a free checklist you can use to select your next retail carrier.

When is Retail Peak Season?

How Has Retail Peak Season Changed Over Time?

Retail peak season happens every year. However, like anything else, retail peak season is subject to change, grow and adapt to its environment. As a result, we’ve seen retail season adjust many times over the years. In recent history, retailers have seen this part of their yearly logistics change in two unique ways:

Over the years, the retail peak has happened right around the same time as consumers begin shopping for the upcoming holidays and companies fill their inventories to match.

More recently, however, beginning in 2018-19, retail’s peak season has been more drawn out than usual.

This can be attributed, in no small part, to capacity shortages in many areas. Without the trucks they need — due to low driver levels, equipment shortages, etc. — retailers have had to adjust their schedules accordingly. This has led to more retail freight moving earlier in the year — with retail peak starting in late September/early October.

Retail Peak Has Been Impacted by eCommerce

No industry was left untouched by the COVID-19 shutdowns of 2020-21. Retail is no exception. You see, at the onset of the pandemic, brick-and-mortar stores closed and people stayed home.

As a result, eCommerce transactions skyrocketed over this period, with people spending more money on consumer goods over the internet than ever before.

This left a mark on every retail supply chain as fulfillment and logistics strategies shifted to match purchase velocity — a shift that is still, in some cases, happening.

Download The Guide: 7 Keys to Success in the Retail/General Merchandise Industry

What Will Retail Peak Season Look Like This Year?

Realistically, we haven’t had a “normal” retail peak season since 2017.

Add the number of shortages — truck drivers, semi trucks, labor and equipment — to the rise in demand (spurred by eCommerce and brick-and-mortar store shutdowns) and you have the perfect mix of difficult market forces.

This year looks like it won’t be any more stable either. From a transportation perspective, here’s what you should expect to experience this retail peak:

Although these are merely predictions, the current retail transportation atmosphere is primed for another interesting period, here’s what you need to know about these possibilities.

As we enter what can technically be classified as a “recession” (two consecutive quarters of GDP decline), money will be more valuable than ever to consumers.

Heightened inflation in many categories, coupled with a shrinking GDP will do this to a country. As a result, expect consumers to spend less money on retail products in Q4.

As inflationary pressures weigh down on U.S. families, it won’t be surprising to see store shelves better stocked than usual this holiday season as fewer presents are purchased while people weather this economic downturn.

In the end, lower consumer activity should make it easier for retailers and wholesalers to keep up this year. 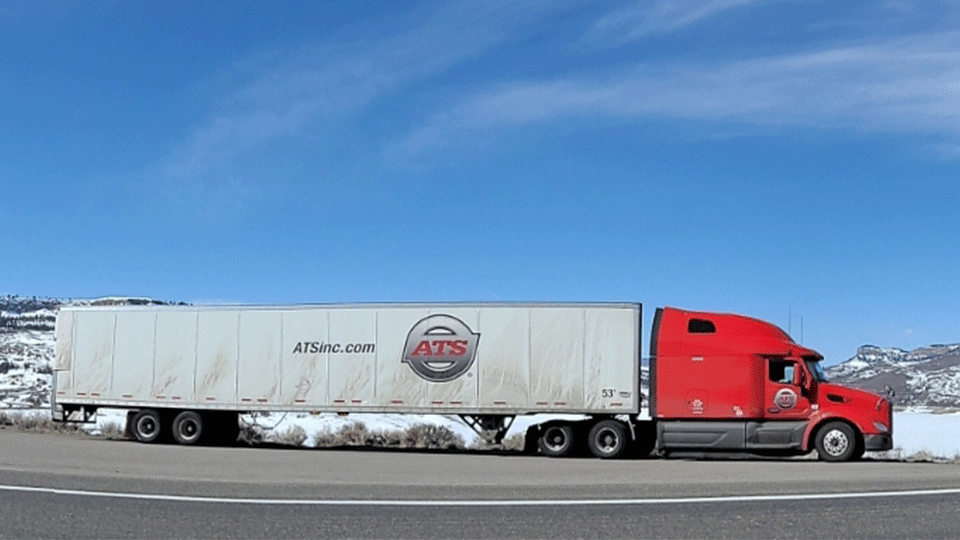 No matter which way you spin it, international supply chain congestion is still at the forefront of our jobs. Most particularly, shutdowns in China — where the vast majority of U.S. consumer products are manufactured — could make it harder for retailers to fill their stores this year.

You see, many of the products we know and love must be shipped from China, arriving in the U.S. on a container ship. However, with so much disruption overseas right now and in previous months, some retail goods will probably be in short supply this year.

So, expect to face some fulfillment issues as a result of supply chain congestion, not only in U.S. ports but around the world.

Spot rates usually rise in the dry van market during retail peak season. Higher demand for semi trucks, which is typically rampant at this time, will do this. Although an annual constant, inflation and economic difficulties suggest consumer demand may be lower this year — causing dry van spot rates to rise less drastically than usual.

This could be good news for shippers outside the retail space, allowing them to lock down a more relaxed rate than they typically see at this time.

So, expect your dry van rates, which typically fall between $2-$4 per mile, to rise (somewhat) over the coming weeks. This will happen to any company that uses dry vans, regardless of industry; retail peak season has an influence across the board.

As of now, inventory levels at most major retailers appear strong — the U.S. inventory to sales ratio was 1.23 in July. This data suggests the push from retailers to get inventories to store shelves won’t need to be as strong this year as in years past when this ratio was lower.

Couple this with the slowdown in consumer spending that’s predicted and retail season could be softer in some areas this quarter.

Related: 2023 Transportation Industry Market Forecast: Where We're at Now and a Look Ahead

All in all, this year’s retail season promises to be unique. That said, no matter what happens, several things always help shippers over this period. To ensure you’re comfortable managing your shipments over the coming months here are some tips:

Giving your transportation providers enough lead time to provide a solution for your shipments is always important. During retail season, this importance intensifies tenfold.

You see, with so many companies needing capacity and so many cargoes to move on a tight schedule, transportation providers have a lot on their dockets. As a result, it’s harder for carriers to service urgent shipments during peak seasons.

These companies have already planned their trucks out well into the future. Many of them dedicate portions of their fleets to retailers over the coming months (ATS is lending nearly 15 percent of our fleet this year).

As such, without giving your carriers at least 24-48 hours of notice (prior to the moment your shipment needs to pick up), you’ll pay a pretty penny to move your cargo. So, make sure to communicate your needs to carriers well in advance this quarter.

Retail companies begin pushing freight into stores around the start of October. However, this push intensifies as the holidays approach, usually peaking right before Thanksgiving and ending after Christmas.

If you’ve got cargo to move over this period, expect to pay more to do so. That’s why, if you can, it might be worth not shipping over these few weeks. Instead, push your shipments into January when the market softens again.

This will help you avoid the retail peak season push and come out on top of your budget this quarter. Obviously, this isn’t always possible. So, if sending dry van freight can’t be avoided, make sure to prioritize lead time and be flexible with your carriers.

Here are some tried and true tactics for saving money on your freight rates.

3. Understand the Impact the Holidays Have on Drivers

Drivers, like you and I, prefer to be home with their families over the holidays. That’s why rates can get so high over Thanksgiving and Christmas; many drivers are at home and a lot of freight needs to be moved.

There is always a big reduction in capacity over the weeks of Thanksgiving and Christmas. This raises freight rates and should be planned for. So, if you’re concerned about receiving capacity over this period, contact the carriers you use and ask them questions about their fleet:

Getting on the same page with your providers is important during retail peak and asking these kinds of questions will get you there.

If you work for a retail company, you understand the importance of having reliable partnerships. Your supply chain is full of moving parts — warehouses, distribution centers, drayage companies, line-haul carriers, lumper service providers and the list goes on.

This peak season promises to be interesting, to say the least. And, even if none of the predictions above happen, it will still be challenging. That’s why you need to work with only the most dependable carriers — carriers you can count on to get the job done.

Here at ATS, we understand the stress you’re under; with more than one million licensed for-hire carriers in the U.S. filling your network with great ones can feel impossible.

This Retail Carrier Selection Checklist was developed to help you make these decisions. Download it today and build a strong, reliable transportation network, the kind of network that won’t let you down.

Finally, if you would like to learn more about ATS’ retail transportation services and how our in-house expertise, asset fleet and brokerage authority can help you deliver every load, check out our Retail Shipping page here. 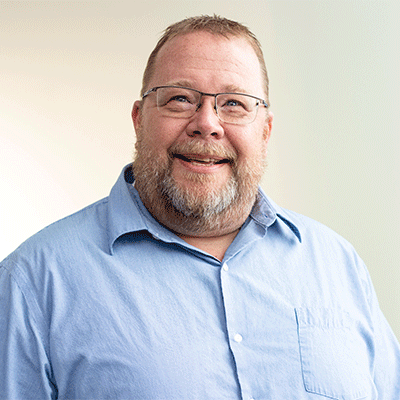 Eric started his career with ATS in 2010 as a carrier representative at ATS Logistics. In 2013, Eric transitioned into the role of national accounts manager at ATS, Inc. and holds this same position today. Together with his team, Eric constantly works to come up with creative solutions that meet the changing needs of every ATS customer.